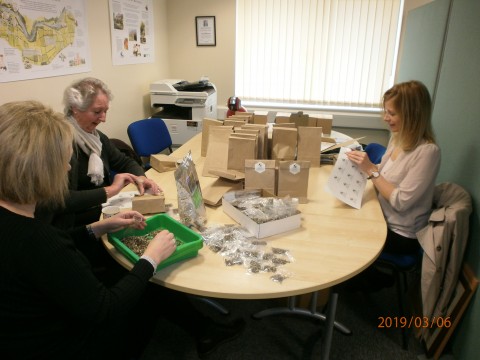 This month sees the launch of Wetheral Parish Council's 'Let It Bee' project, which aims to involve local residents and schools in planting wildflowers in gardens throughout the parish, increasing biodiversity to support bee populations and provide valuable habitats for other species.

The Parish Council will be providing wildflower seeds, insect houses, educational information and activities to schools and playgroups within the parish. The Council will also be creating a 'bee hotel' in its woodland cemetery in Wetheral. Some of our Councillors have been very busy making up seed and activity packs to be distributed at the local schools!

The aim of the Let It Bee project is to increase the areas of suitable habitat available to bees and other insect species. This, in turn, will benefit numerous species of flowers and crops which the bees will help to pollinate, and the cycle continues as the flowers form habitats for other wildlife, some of which is facing serious threats due to habitat loss.

Some UK bee species are now extinct, and all others are under threat. 97% of flower-rich meadows have been lost since the 1930s. Bees are a vital contributor to the health and sustainability of our environment. Bees also have an impact on the nation's economy. Most plants we need for food rely on pollination, especially by bees, and bees pollinate around 80% of wildflowers in Europe. Even some plants required for producing fodder for farm animals are dependent upon bees for pollination, and Friends of the Earth believe it would cost UK farmers an estimated £1.8 billion to pollinate crops if bee species were to die out. Loss of habitat and food sources as a result of development, urbanisation and changes in farming methods have caused a serious decline in bee populations.

Wetheral Parish Council's Chairman, Dave Hughes, said, "Bees have been in decline in recent times, raising concerns over the pollination of crops and the effect this has on the food chain. As a rural Parish Council, we recognise the important part bees play in this process and, by initiating the Let It Bee project, hope that children will have great fun with the activities planned, learn about important environmental issues, and end up with lovely colourful gardens." 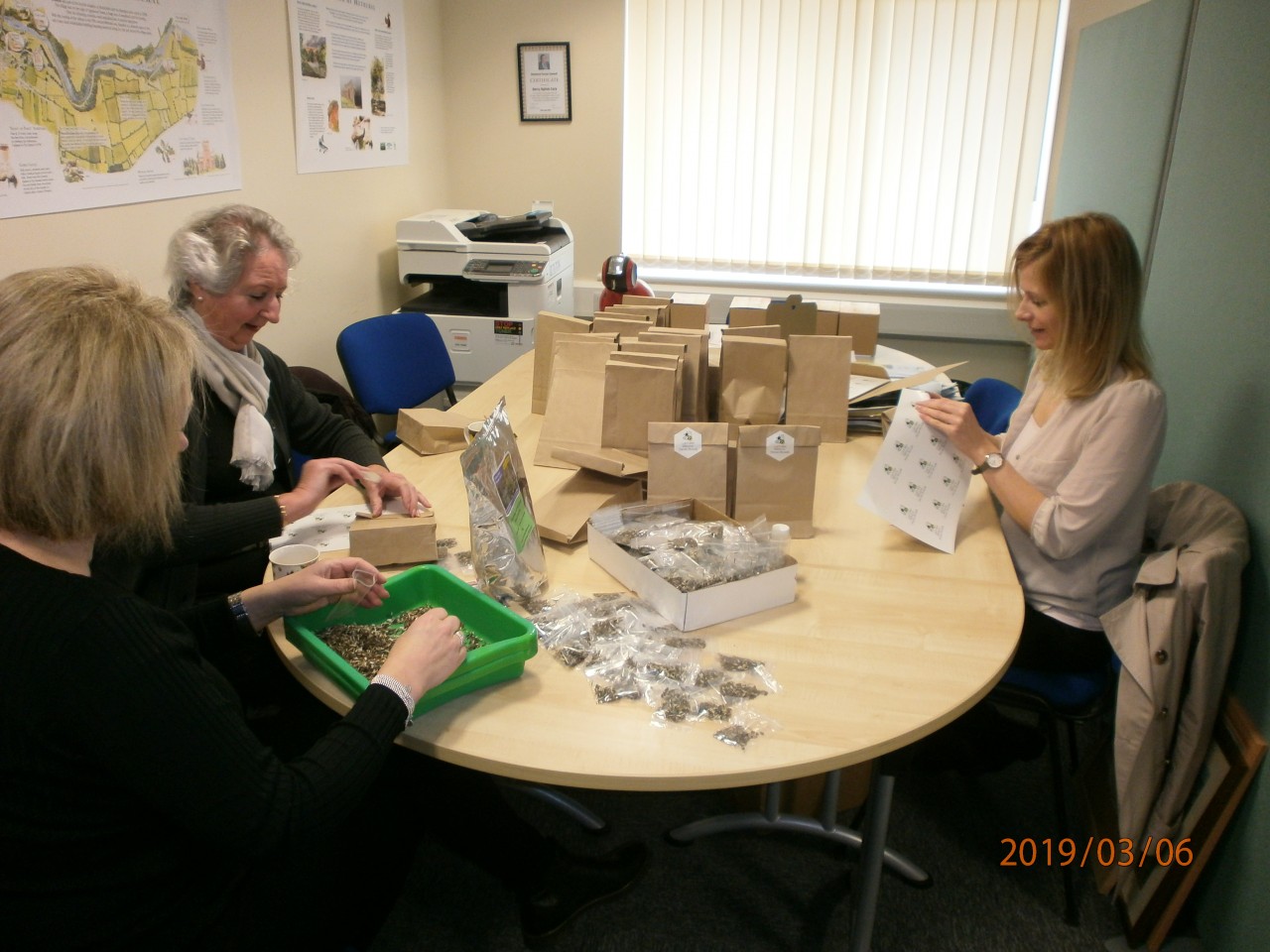 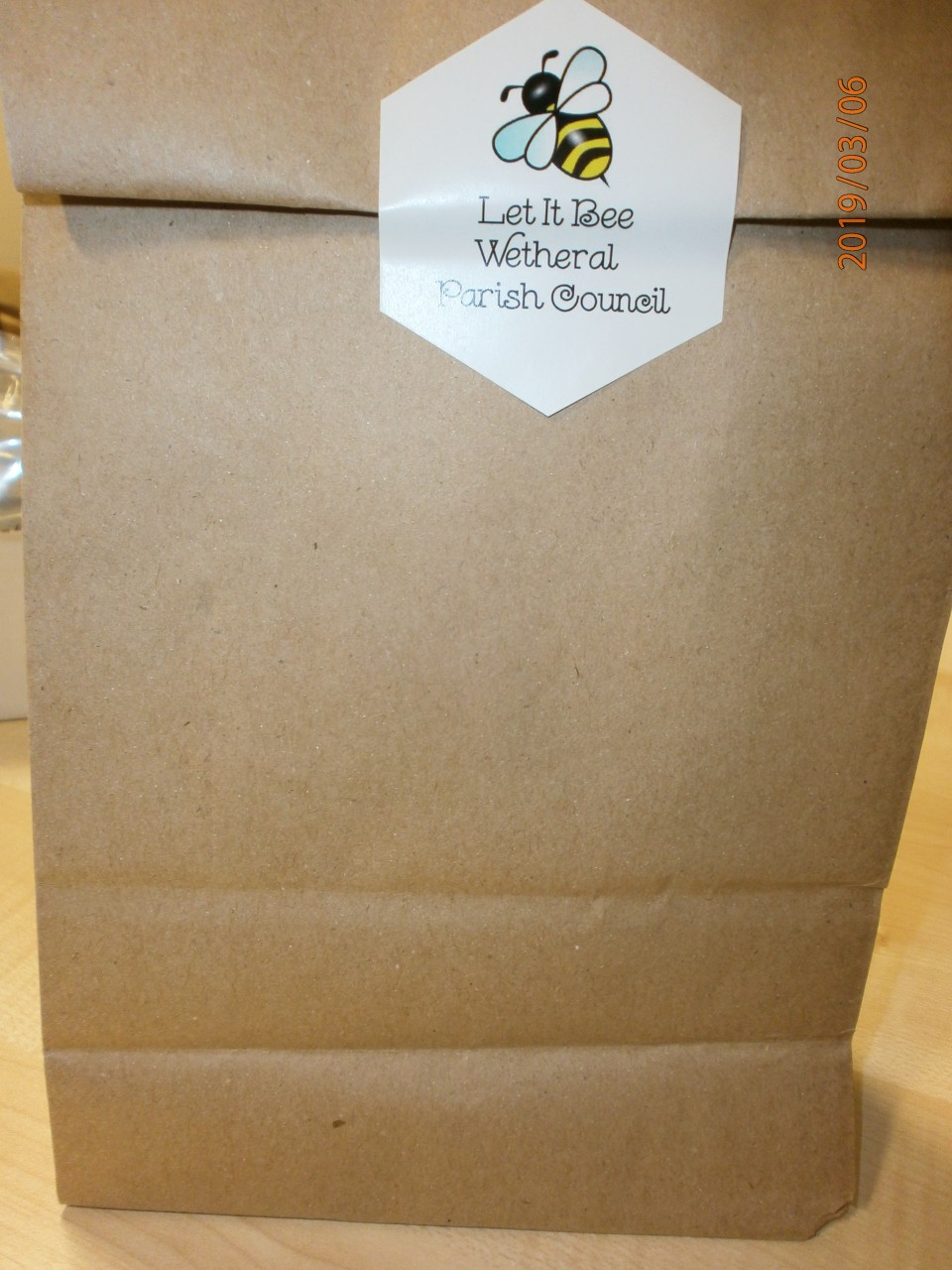 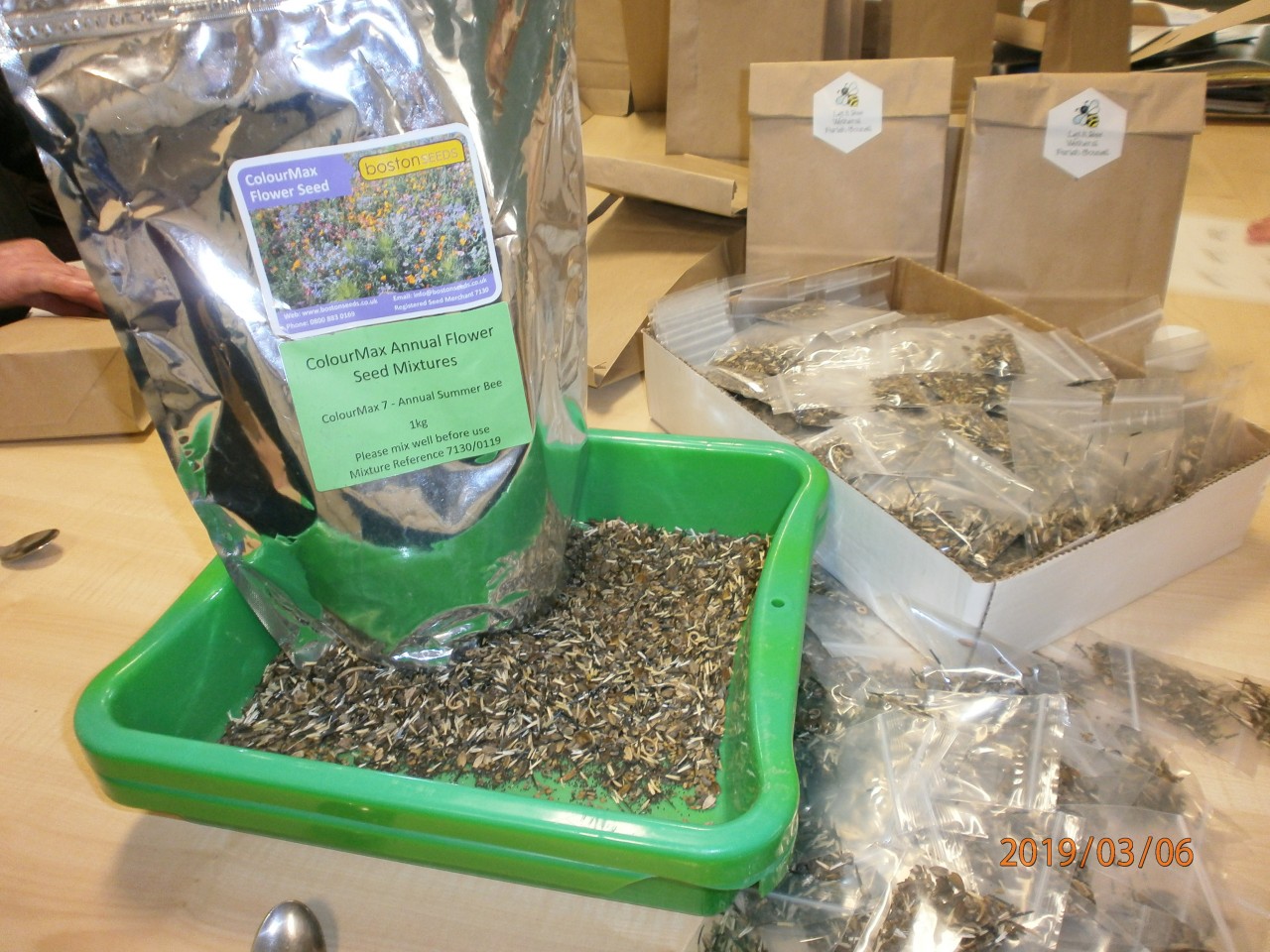